Social Seminar on “Women are not ominous!” (Zan Seyser Nest) is an enduring example of our efforts towards social change which was primarily held to empower women, and at the same time instill the men to accept women as powerful class of society.

The seminar was organized in cooperation with Academy of Arts and Cinematic Sciences in October 2016 to critique social norms that demean women. It was led by Ehsan Batoor and Zarifa Sarabi. The seminar included a discource around the theme with participation of audience and a screening of a relevant movie.

In daily life; all men use the likes of this remark to share their feelings that the women are not strong or they are so weak and poor. But this seminar emphasized that women are not weak and ominous. On the contrary, they are the source of change and an influential class who can lead the society towards prosperity if men give them the kind of support that they need to rise and shine. 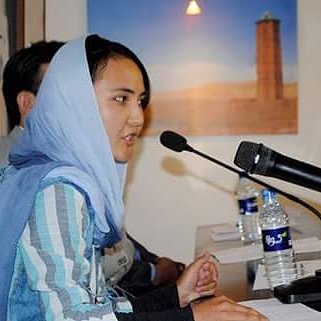 Furthermore, the seminar shed light on the key roles of women in development of Afghan society. It gave some examples about the life some powerful women who were supported by men which enabled them to end up in parliament and other administrations where they are working hard to bring social changes in society. In so doing, they are not only increasing the chances of their own success, but are also paving the way for a new generation of women who strive to play a more powerful role in betterment of Afghan society that needs the contribution of women more than other times.

In all in all, the seminar was a good equalizer that nothing can stop women from contributing to society except lack of support from men. Therefore, it encouraged the men to entitle women as strong class of the society by helping and encouraging them to work for a better future where all the classes of society have a unique role to play that can spell out remarkable changes in Afghanistan that desperately needs the contribution of its citizens.