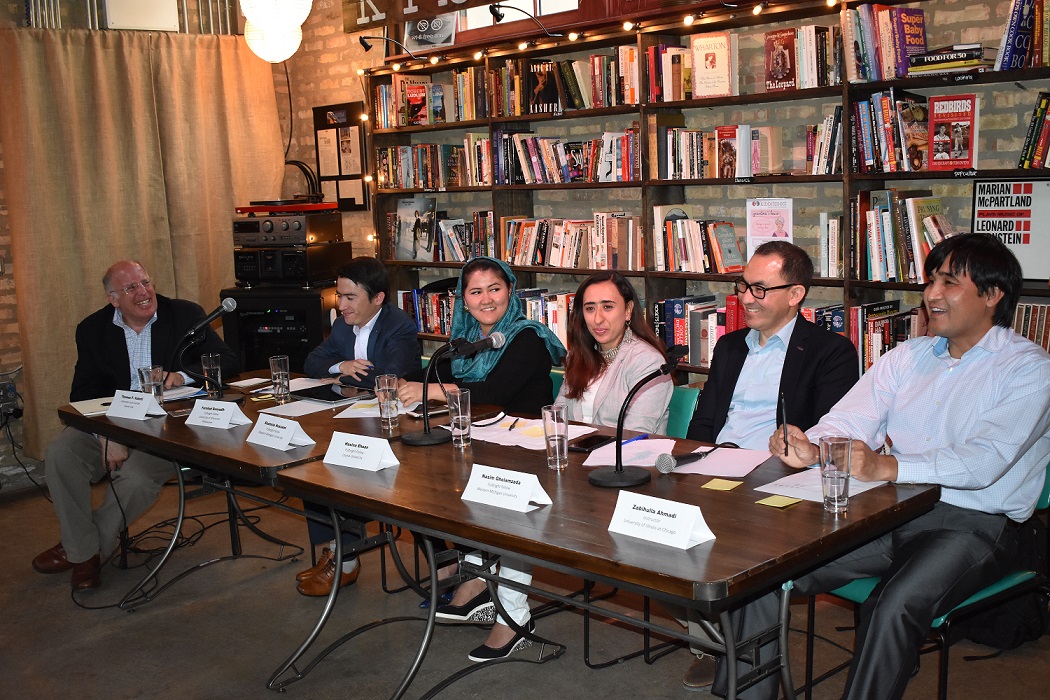 A group of Afghan Fulbright scholars held a multicultural event on conceptions and misconceptions about Afghanistan in Chicago, USA. This event was meant to explore realities on the ground from a local perspective and experiences, what future holds for Afghans and clarify misconceptions, if any. The dialogue was facilitated by Thomas Valenti, mediator and founder at Valenti Law.

In light of the fact that there are strong cultural dogmas prohibiting Afghan women from accessing societal services, including education and health care, Thomas asked Shamsia Hussaini to share her story of how she reached to this point of her life. Shamsia Hussaini pursues a Master’s Program in International Development Administration at the Western Michigan University and used to work with the Administration Office of the President. Shamsia recalled her story as a girl who dreamt of attending school under the Taliban, as an immigrant on the move, and as an achiever. Her life is a story of courage in the face of hardship and cultural dogmas.

When asked what women’s role in creation of arts and culture is, Hasina Ehsan told that women have historically been guardians, creators and consumers of arts and culture. She spoke of the warrior poet Malalai Maiwand and of Nadia Anjuman whose book Smokey Flower is popular in Afghanistan and neighboring countries. She further recalled Aryana Saeed who symbolizes female singers’ resilience in choosing music as career. Hasina, who is doing her Master’s in Gender Studies at Loyola University Chicago, further said Afghan women have transformed traditional textiles into amazing icons of war, change and modernity.

Nasim Ghulamzada, Master of International Development Administration, maintained that history and geography have profoundly shaped the course of events in Afghanistan. He added that dysfunctional state institutions in the past few decades forced Afghans to mainly rely on qawm or ethnic identity to stay resilient, which has resulted in creation of public patronage system. However, this has weakened the current efforts in state building.

Farshad Bonyadih, a Master’s student at the University of Wisconsin Milwaukee, talked about how economy has shaped lifestyle in Afghanistan. He said pressure on available economic resources have created strong interdependence that manifests itself in various forms, such as non-nuclear, patriarchal family, communal voluntary labor like assembly and investment on strengthening relationships in the forms of feasts and hospitality. He further added that depending on economic situation, traditional role models within family and society in general have been changing and this is prevalent in cities and mostly among the Afghan diaspora. 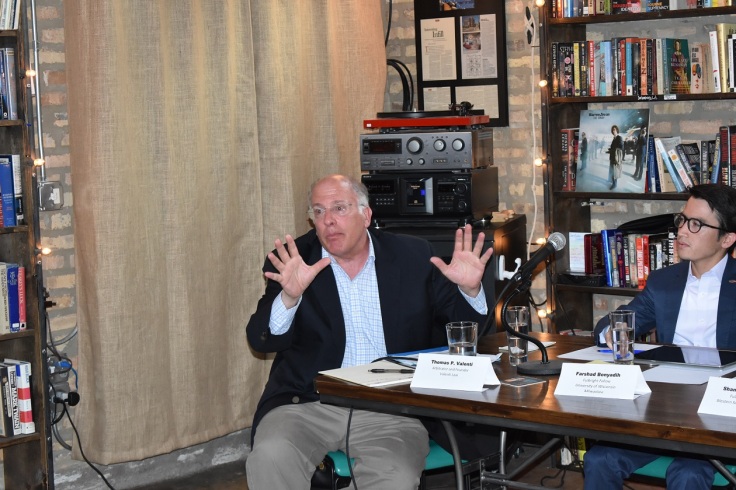 Follow up questions and interpersonal interactions included a broad range of topics on the US’s military presence in Afghanistan, what commonalities tie various Afghan ethnic groups, improvements in girls’ education and what future holds for them, problems created in accessing services because of linguistic differences particularly among internally displaced people (IDP).

At the event, some famous cultural artifacts of Afghanistan were put to display. They included clothes, carpets, hats and jewelry. Afghan music and videos on scenic beauties of Afghanistan, particularly, The Unseen Afghanistan and Backpacking Afghanistan were also showcased. Audience were asked to take action in reaching out victims of the conflict and by supporting the AGFAF, ROYA, Razia’s Ray of Hope Foundation and Save the Children. 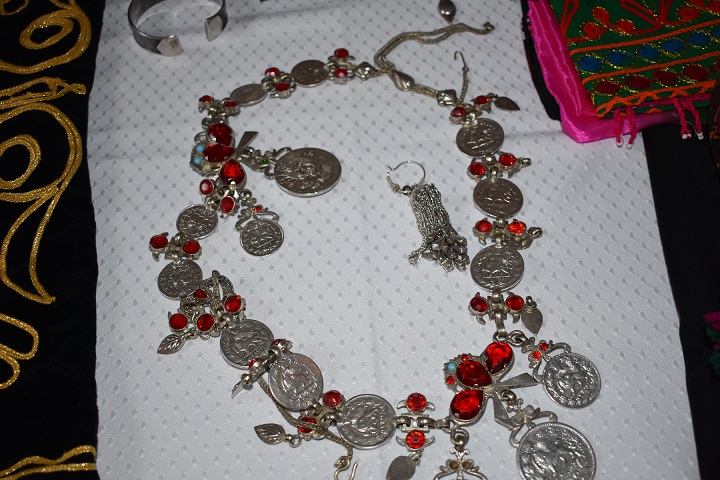 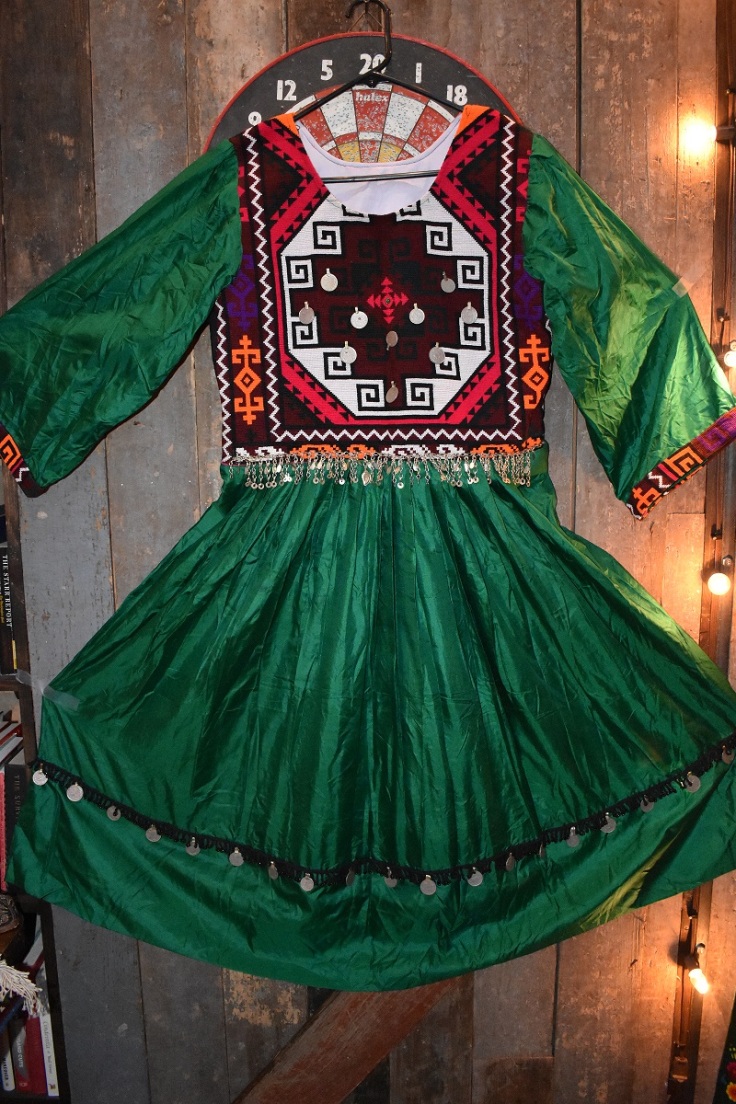 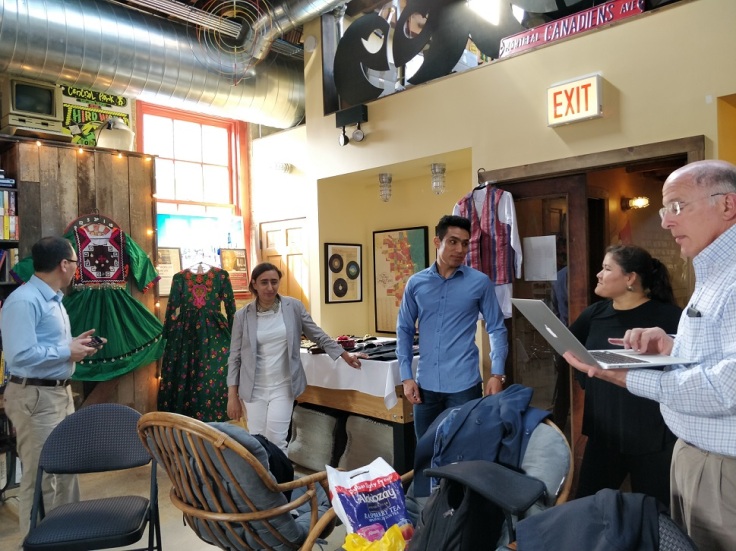